On the corner of a strip mall parking lot at the address above in Houston Texas sits a tiny little building that houses a business that makes really great michelada’s, it’s called La Pasadita Preparadas.

If you are not familiar with a michelada drink, here is the description as found in wikipedia:

A michelada (Spanish pronunciation: [mitʃeˈlaða]) is a Mexican cerveza preparada made with beer, lime juice, and assorted sauces, spices, and peppers.[1] It is served in a chilled, salt-rimmed glass.[2] There are numerous variations of this beverage throughout Mexico and Latin America.[1][2]

In Latin America, micheladas are often believed to be a folk remedy for hangovers. There are different variations of micheladas; for example, in Mexico City, the most common form is prepared with beer, lime, salt, and particular hot sauces or chile slices. There are several other optional ingredients, such as Maggi sauce, Worcestershire sauce, chamoy powder, serrano peppers, Camaronazo, Clamato, or slices of orange.

A co-worker of mine who lives in Houston asked me if I like michelada’s and I told him heck yes! I’ve had them before and occasionally get a can at the store, it’s like a snack and beer in one – most include minced clam called a Clamato, they are tasty and refreshing. Must note that it’s not for everyone though, first you need to like tomato juice and spicy drinks … and while it sounds really weird to mix tomato juice and spices with beer, it actually tastes really good.

My buddy took me to La Pasadita Preparadas where we both ordered the #4 La de cueritos con cacahuates y tostitos which came with sliced squid, salsa, cilantro and tostitos chips.

It’s almost like a bloody mary, except better (in my opinion). It comes with a small bowl of food/snack on top with the tomato juice and beer of choice (mine was Modelo) mixed in the cup below.

The place is nice and small and has a bar and chairs to sit in and enjoy the food and drink. 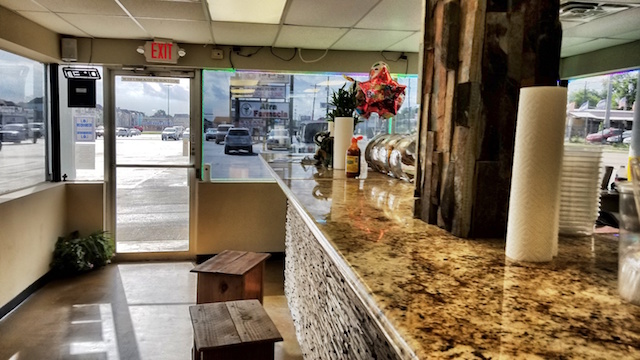 Everything was tasty and the service was great. The really interesting part was that they also had a drive up window! Only in Texas! Gotta luv it. 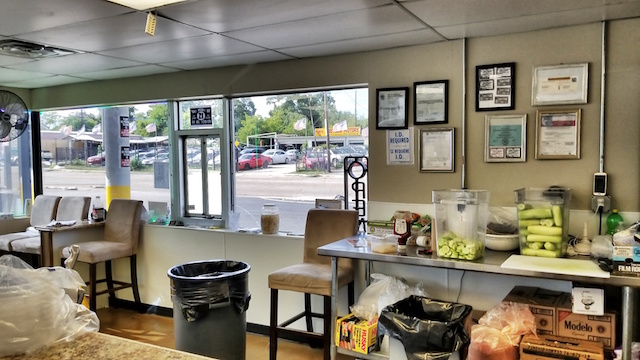